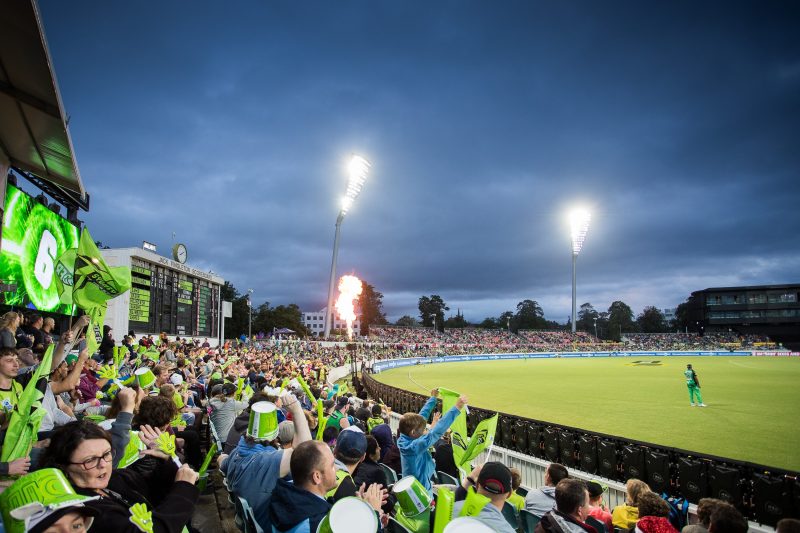 Sydney Thunder will return to Canberra’s Manuka Oval this summer after finalising an agreement with the ACT government to stage three Big Bash blockbusters at the venue this summer.

Thunder will play the Adelaide Strikers on Saturday December 21, and then host the Melbourne Renegades, the BBL defending champions, on Wednesday January 15.

Callum Ferguson welcomed the news, saying the support of the Canberra crowd made any match at Manuka Oval a great experience for players.

“I absolutely love playing at Manuka Oval,” he said. “We had a great win against the Hurricanes there last summer, and the crowd support was incredible.

“To be able to go back there is fantastic for the team because we do play well there and, as I said, the support from the fans is amazing.

“It’s a great venue to play at. It’s a great surface and everyone in the team really enjoys playing there.”

“The ACT Government has been investing in Manuka Oval over a number of years to continue attracting great content like the BBL and the WBBL.

“Canberrans have shown how much they enjoy world class cricket and are excited to welcome the Thunder Nation back to the Capital for another big summer of BBL action ahead of the ICC Women’s T20 World Cup in 2020.”

Sydney Thunder will maintain its ‘beyond cricket’ commitment to the ACT community, including the highly commended Thunder Leadership Program through local secondary schools.

The leadership program features a combination of cricket sessions and theory workshops with a focus on team work, leadership, decision making and problem solving.

The club will also stage its highly popular Junior Super Clinic, allowing boys and girls aged between 5-13 to meet their heroes and participate in a fun-filled afternoon of cricket activities and skill sessions.

Tickets for the Rebel WBBL and KFC BBL matches go on sale at 9.00am on Thursday 10 October at sydneythunder.com.au/tickets.